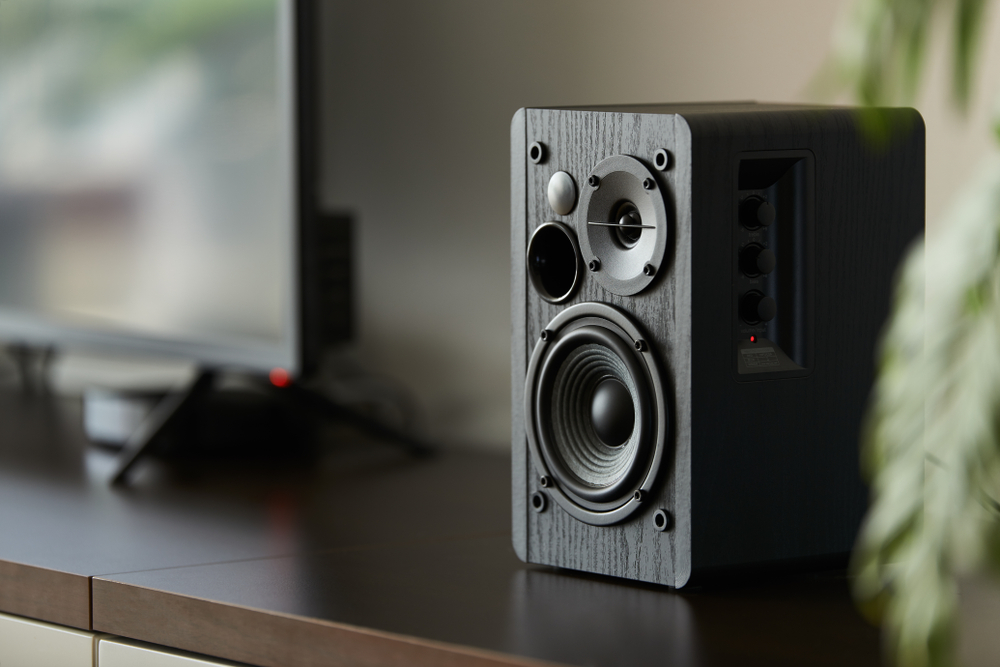 All PA systems (or public address systems) have three things in common: a microphone to pick up sound, an amplifier to boost it electronically and at least one speaker to broadcast it to a listening audience.

Beyond these commonalities, PA systems come in all shapes and sizes, from handheld megaphones at football games to massive, scaffold-mounted systems with dozens of loudspeakers at rock festivals.

Today’s large-scale PA systems feature a wide range of innovations, many of which eventually trickle down to their smaller, portable cousins. One of the latest features to make that transition is the line array speaker system, an improvement on the traditional point-source PA system.

What is the difference between a line array and a point source loudspeaker, and when is one better than another?

What exactly is a line array PA system?

A line array PA system features a number of identical (or nearly identical) loudspeakers arranged in a vertical line: hence the name.

Without getting too technical, a vertical line array allows sound waves to constructively interfere with each other so that they can send sound waves farther than single-source loudspeakers, in a directional pattern. (Horizontal line array speakers exist, although they’re more useful for subwoofer applications — and less useful for most mid-size and lower PA systems.)

The sonic properties of line array PA systems have been known since the fifties, but it’s only been in the last two-and-a-half decades that they’ve become commonly available for consumer use.

Look up at the next huge concert you attend, and you’ll likely see a hanging, curved vertical arrangement of speakers (see above).

But keep an eye out at smaller conferences and events too, and you’ll see PA systems designed specifically for outdoor events.

What is a PA system with point source loudspeakers?

A point source loudspeaker is just what its name suggests: a single speaker, or multiple speakers placed far apart, broadcasting a full range of sound from a single point. (Actually, a true point source speaker is impossible, but we’ll retain this description for simplicity’s sake.)

Unlike the line array system, a single speaker radiates sound in a spherical pattern and therefore has less range.

Most traditional PA systems such as those manufactured by Samson are point source systems.

What advantages does a line array system offer over point source?

The main advantage of a vertical line array system is described above. When correctly installed, a line array allows even frequency response and clear sonic coverage throughout the range of the system (except for the nearest and farthest seats).

And unlike traditional point source speakers, you can add more volume to a line array by adding to the line.

This increased range comes at a price, however. Line array systems work best with low and mid-range frequencies, while point source systems provide a full range of sound without additional modifications.

When should you consider a point source speaker system?

Line array PA systems don’t perform as well when the audience is spread out from side to side or top to bottom, or for audiences clustered close to the venue stage.

Line array PA systems that are built from the ground up rather than suspended in the air also afford poor coverage.

Both of these situations are more suited to a point source loudspeaker system, or at the very least should be augmented by a point source system, which provide full-range coverage for small venues.

Do you prefer line array systems to point source speaker systems? Tell us why in the comments!