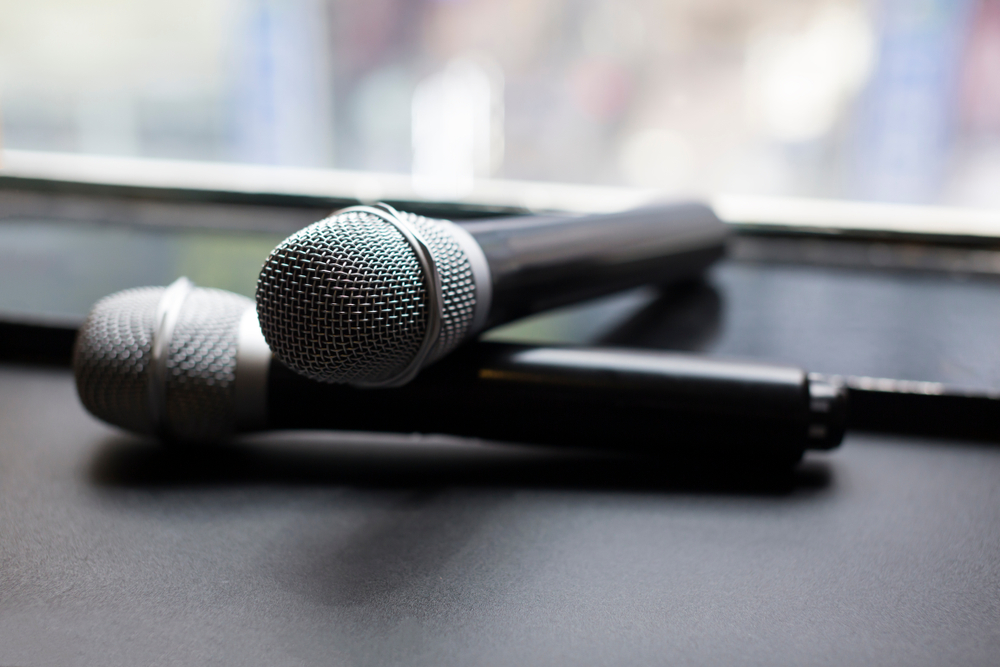 3 Things You Must Know Before You Buy a Wireless Microphone

Those of us in the audio industry often take certain facts for granted. We know that a microphone needs a PA system to plug into, that an amplifier needs a speaker to make a sound, and that different sound systems fit different applications.

For audio novices – which can include everyone from meeting planners to teachers – creating a great sounding (or even merely functional) microphone system without any guidance can be a confusing task.

How can you take the mystery out of buying a wireless mic?

Let’s look at some of the most common sources of confusion that non-engineers encounter. Here are 3 things you must know before you select a wireless mic:

1) You will need a microphone, a transmitter, and a receiver.

A functional wireless microphone system actually consists of three discreet components: A microphone, a transmitter, and a receiver.

A microphone is simply the component the user speaks (or sings) into. It converts the sound waves into electrical impulses which can then be amplified so listeners can hear it. In a wireless mic, the electrical signal passes to a transmitter which converts the signal into radio waves. (It can also convert the signal to infrared light waves, but for the purposes of this article, we’ll stick to radio).

The transmitter broadcasts to a receiver, which changes the radio waves back into an electrical signal which can then be passed to a sound system. (Arguably, the sound system is a fourth component, but since that’s covered elsewhere, we’ll skip it here).

Without any one of these components, a wireless microphone will not function.

Wireless microphone systems are usually sold in packages for a reason. Receivers by one manufacturer are often not compatible with mics and transmitters by another (or, sometimes, not even with a different receiver from the same manufacturer).

Frequency compatibility is only one issue. Users may also encounter problems  like encryption or proprietary digital conversion methods.

Of course, you may be able to find compatible transmitters and receivers from different manufacturers, but this is a tricky business and best left to professional sound engineers.

By far the easiest way to insure compatibility is to stick with the receiver that’s recommended for each transmitter – or to buy a complete package.

3) You can only use one mic per receiver.

Let’s say you’ve purchased your receiver and identified the compatible components. Now you can buy a bunch of different microphones and use them all at once, right?

Wrong. Each microphone needs a dedicated transmitter- and each transmitter, to function alongside the others, must broadcast at a different frequency. You’ll need a different receiver, tuned correctly, to use each mic.

Obviously, the more mics you add, the more expensive your system gets. Fortunately, manufacturers like Nady make affordable multi-microphone systems that are easy for beginners to use.

This only scratches the surface of using microphone systems, which can be a very complicated topic.

Fear not, however, because AudioLink is here to help. Email us or call 1-800-263-0112 for more advice on purchasing and setting up your own microphone system!

Have you installed your own wireless microphone systems at your church, school, or other venue? What problems did you run into? Let us know in the comments!